Most people will probably think to claim a Tuk Tuk being safer than an SUV is a stupid statement but if you read on you will realise it is not so stupid.

The problem with SUVs is they are not as safe as people think and it lures them into a false sense of security. Very often you will see drivers of SUVs in the Philippines overtaking in places that they would never dream of doing in a smaller car, simply because they drive something big and it makes them feel safe.

In Europe there have been calls from the public to ban big SUVs from cities for two reasons, one being safety reasons the second is because of the pollution they cause.

Because SUVs are originally modelled on trucks they are often exempt from safety standards that are required for saloon cars, such as the height of the bonnet. In Europe legislation is being brought in to end such unjustified exemptions.

SUVs Are Less Safe Than A Regular Saloon

Industry groups insist that SUVs are as safe and even safer than saloon cars but the facts tell a different story.

In America, they have been keeping detailed statistics on the safety of vehicle categories since 1994 and in recent years have concluded that a person is 11% more likely to die in a crash inside an SUV than a regular saloon.

The reason for the higher likelihood of dying in an accident in an SUV is because of their height an SUV is more likely to rollover.

SUV Drivers Have a False Sense of Security

Many drivers of SUVs have a hugely overrated sense of security, they tend to think that being surrounded by 2 to 3 tons of metal makes them invisible.

This false sense of security goes so far they even think they are a match for an 18 wheeler, I have lost count of the number of SUV drivers that have said to me words such as “Articulated Trucks can not bully me because I drive an SUV.”

As someone that drove 44-ton trucks for many years, I find it laughable that they believe that their 2 to 3 ton SUV could withstand the impact of an 18 wheeler. I was driving through London once in a Volvo Truck when a Range Rover decided to come down my inside as I was making a turn, being in my blind-spot I was unable to see him, I ended up dragging him down the road for about 20 metres before I realised. When you are in a truck that has a gross weight of 44 tons pulling an extra 2.3 tons in the form of a Range Rover is hardly noticeable.

In the Philippines, you notice this false sense of security a lot of SUV drivers have all the time as they pull out in front of smaller cars, cut them up to overtake, overtake on blind bends etc. simply because they believe they are safe in their big vehicle. The truth is if the small car they pulled out in front of hit them side on the chances is their SUV is going to rollover.

Not only does this false sense of security lead to more deaths to SUV drivers and passengers it is also a major cause of death to other road users.

Tuk Tuk drivers do not have this false sense of security, if anything they have a sense of vulnerability which makes them drive far more safely and they take fewer chances on the road, this means they are less likely to have an accident or cause an accident.

A vehicle that weighs 3 tons takes a lot of stopping, the brake power required to stop a vehicle varies directly with its weight and the “square” of its speed.

If we take the TVS King which weighs just 326 kg as an example and compare it to a 2 ton SUV, the weight of the SUV is 6.135 times heavier so to be able to stop in the same distance as a Tuk Tuk it needs brakes that provide over 6 times the braking power of the brakes on the TVS King Tuk Tuk.

While SUVs are fitted with very good brakes it is very unlikely it has brakes that provide over 6 times the braking power of the hydraulic brakes fitted to a Tuk Tuk.

This means the stopping distance of a Tuk Tuk will be far less than that of an SUV if both travelling at the same speed. Add to this that SUVs are very capable of driving at speeds in excess of 80kph and often do speed it makes their stopping distance even greater.

When it comes to pedestrian safety the SUV has a terrible record, research has shown that SUVs are twice as likely to kill a pedestrian than a regular saloon car.

The main reason for the likely hood of killing pedestrians is because of the height of SUVs which impacts the upper body where the vital organs are or hitting the head causing fatal head injuries.

A saloon car is more likely just to damage the lower limbs that means the pedestrian has a greater chance of survival.

While a Tuk Tuk is also pretty high its narrow and the curved front would cause the pedestrian to roll to the side so reducing the chance of fatal injury.

Mounting the Kerb Danger to Life

Berlin October 2019 the driver of an SUV lost control mounted the pavement (side-walk) and killed 4 people, a 3-year-old boy and his Grandmother, plus two young men.

While this one made headlines because it started protests against SUVs in Germany it is not a one of event.

Around the world SUVs mounting the kerb and hitting pedestrians is becoming a common event. There are many reasons why this happens, driver fatigue, illness, driving too fast, mechanical failure etc.

If the driver was driving a smaller car the number of accidents like this would be far less, because the kerb can deflect smaller wheels there is more chance of a smaller car staying on the road and not mounting the kerb, so keeping predestinarians safer.

The very small wheels on a Tuk Tuk means if the driver loses control there is hardly any chance of it mounting the pavement and becoming a danger to predestinarians it will simply bounce back into the road.

When it comes to avoiding a collision an SUV can not come close to a Tuk Tuk.

Firstly how narrow a Tuk Tuk is, makes it very easy to avoid a collision, being so narrow means a Tuk Tuk can squeeze through a gap which an SUV could never dream of getting through. If need be to avoid an accident it can squeeze down the inside or even go on the outside without taking up hardly any space on the other side of the road. An SUV in the same situation is left with the choice of hitting the vehicle or taking his chances of going on the wrong side of the road and hoping no one is coming.

The direct light steering on a Tuk Tuk means that a quick pull on one side of the handlebars can turn the Tuk Tuk very quickly, to do the same in an SUV would take many turns of the steering wheel.

In a collision with another vehicle, you would expect the SUV to come out on top compared to the Tuk Tuk. However this is not always the case, there are cases when a Tuk Tuk will fare better, the reason is because it is so light.

If an SUV is hit while standing still with its brakes on it is not going to move much because its weight means it has a lot of resistance, so it is a bit like hitting a wall. A Tuk Tuk, on the other hand, is very light and when hit will get pushed along the road, this reduces the force of the impact.

Out of all the above, a collision is the only one where the SUV comes out top, but it is not in every case.

Yes, pollution is a factor when you talk about safety because the effects it has on peoples health.
In October 2019 the Guardian Newspaper reported that an analysis has found the growing demand for SUVs was the second-largest contributor to the increase in global CO2 emissions from 2010 to 2018.

When it comes to carbon emissions SUVs are producing more than heavy industry.

Florent Grelier from the campaign group Transport & Environment said:
“An SUV is bigger, it’s heavier, the aerodynamics are poor, so as a result, you get more CO2,”

Because a Tuk Tuk is light and has a small engine it produces far less CO2 than an SUV.

The author of this article was a professional driver in Europe for over 30 years, he has 6 million kilometres of driving experience, that is equal to driving around the world 150 times, he has an International Certificate of Professional Competence in  Transport management and got the highest mark in the South West of England in this exam, he has participated numerous courses for safe driving and other economic driving, he has been on courses held by both Volvo Trucks and Scania Trucks.

With so much time spent on the road, he has witnessed thousands of accidents and near misses and it is from this experience that he started to notice that the smaller vehicles often avoided accidents that bigger cars were unable to avoid. 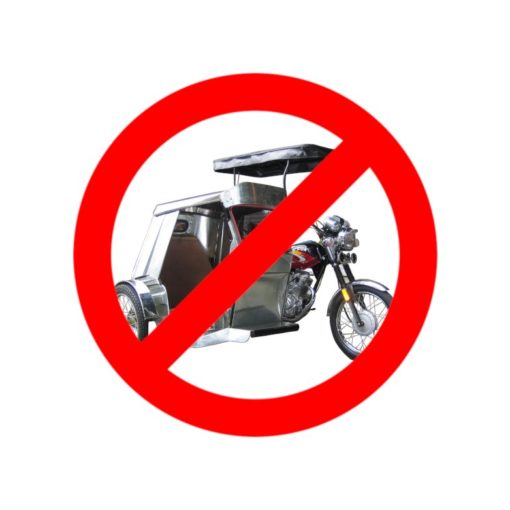 In 2018 many municipalities announced that they are planning to replace or ban the tricycle. Metro Manila Council to ban tricycles being […] 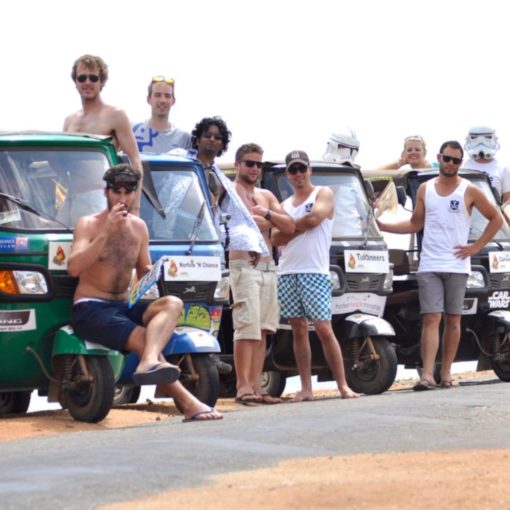 When Prince William and his wife Kate arrived at a reception hosted by the British High Commissioner to Pakistan in Islamabad, they […]

Yesterday a Jeepney killed a 14-year-old boy and injured 7 other students. Last month a Jeepney in Pasig City had an accident […]