A TVS King is a great alternative to the tricycle, drivers that have switched to the TVS King report higher earnings because it is faster and more powerful, they also report they get more customers and more tips.

The TVS King Deluxe Three Wheeler in Yellow will make you stand out the beautiful golden yellow TVS King not only looks good it will help keep you safe.
Many insurance companies in the UK give people that have yellow cards cheaper insurance, the reason being their data shows that yellow cars are less likely to be involved in accidents.

When it comes to safety the TVS King Deluxe Three Wheeler is top of its class, being the only vehicle of its class with a built-in crumple zone to give extra protection to the driver and passengers if they are involved in an accident.

The TVS King Deluxe Three Wheeler is a very environmentally friendly vehicle as it will travel 30-35 km on one litre of gasoline.

TVS King is truly a better alternative to a Tricycle.

Why should you buy a TVS King Deluxe Three-Wheeler from Tuk Tuk 3-Wheelers?

When our mechanics service your TVS King it is far more than just an oil change they give it a complete check-over. By doing so can be sure that your vehicle is in the best condition and we also do it for the safety of the customers.

When you have your vehicle completely checked over it gives you an assurance that your vehicle is safe and roadworthy.

Also at Tuk Tuk 3-Wheelers we only hire very experienced mechanics so you know it has been serviced by the best.

See more about the TVS King Deluxe on YouTube

Under Philippines law for it to be a tricycle it must be a motorcycle with sidecar. As it does not have a sidecar it is not a TVS Tricycle, it is a TVS Three Wheeler.

Another mistake in the Philippines seems to be calling it a TVS Triwheeler we fact-checked the term Triwheeler here.

Ever since we started this channel we have been hoping we could video from more than one camera and finally we can. A big thanks to PRE South Auto Rickshaw G... 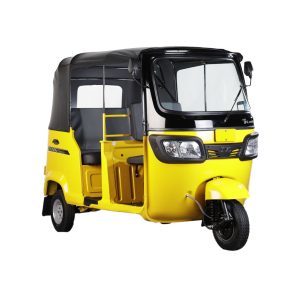 TVS King Deluxe Three Wheeler is a Superior 3-Wheeler, when it comes to safety the TVS King comes top, it also leads the field in performance.