A look inside the Bajaj Compact RE 4S factory in India.

See how they build the world’s number one 3 wheeler which is sold in over 45 countries around the world.

Bajaj Auto Ltd India holds 86% of the market share of three wheelers in the world.

It is estimated that 58 million people everyday travel in a Bajaj RE.

In 2018 Bajaj Autos three wheeler plant produced 850,000 auto rickshaws as they are known in India and they are hoping to increase production by 160,000 so they will be producing over 1 million of their world famous Tuk Tuks a year.

They not only produce the passenger vehicles that are now becoming a common sight in the Philippines but also cargo versions of their three wheeler.

The Bajaj company has a very long history, it was founded in 1926 at a time when India was fighting for independence from the British.

Bajaj Auto has always been at the forefront of adopting various measures for a greener and cleaner environment right from using wind power for energy requirements, use of alternate fuels like CNG and LPG for its commercial vehicles, green plantations and water treatment in its manufacturing facilities and use of advanced engine technology like the DTS-i to reduce emissions. 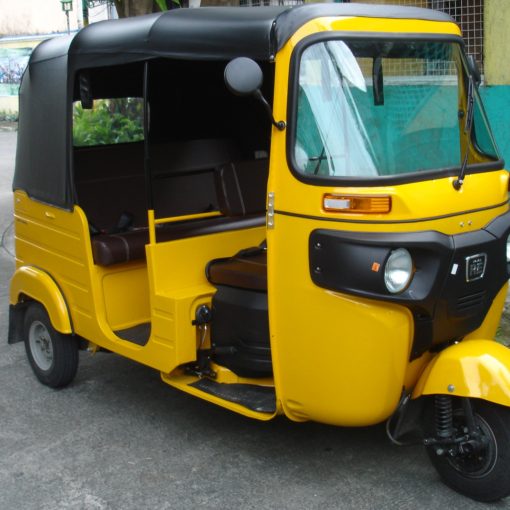 Is calling a Bajaj RE a Bajaj Tricycle correct? In the Philippines, the Bajaj RE is often called a Bajaj tricycle. So […]

We put a Bajaj RE (Tuk-Tuk) against a Toyota Fortuner on a typical drive to a mall. We compared them over a 5km […]

In many countries in the world all new vehicles have to meet safety standards for pedestrians. The Bajaj RE meets these safety […]