There is a simple answer to Manila traffic problems that does not involve building more roads, and it would save all drivers money.

The answer to Manila traffic problems is the TVS King and the Piaggio Ape.

We will explain more how the TVS King and the Piaggio Ape is the answer to Manila’s traffic problems.
Let us compare the TVS King to the Philippines best-selling car in 2017 the Toyota Fortuner.

As we do not have the specifications for the Piaggio Ape from now on we will use the TVS King.

If they had bought the TVS King instead of the Toyota Fortuner the road space they would have taken up would just be 135,943 sqm equal to 274 basketball courts. So there would be the equivalent of 438 basketball court of space saved on the roads.

How the TVS King could be the Answer to Manila’s Traffic Problems.

To make life easy we will presume the average size of the vehicles was the same as a Toyota Vios which was the second top-selling car in the Philippines.

The Toyota Vios is an average size car for the Philippines and takes up 7.497 sqm of road space so less than the Toyota Fortuner.

If the average size was that of a Bajaj RE they would only take up 1,223,082 sqm of road space on EDSA daily.

The amount of space it would free up each day is equal to 2,932 basketball courts.

So if people drove the TVS King rather than a car, traffic on EDSA would use 54% less road space, this would have the same effect as doubling the width of the entire length of EDSA, or the same effect as building another Road of the same size that ran beside EDSA.

There would be 54% more parking spaces.

There would be no problem with cars overhanging the sidewalks.

Just imagine what Manila would be like if there were 54% fewer cars, there would be so much less congestion and it would be far easier to find parking.

Increasing the space on the road by 54% would be the Answer to Manila’s Traffic Problems.

Another way the TVS King would reduce traffic

How many times have you been held up because of a driver in a big car struggling to make a manoeuvre? It happens all the time.

In car parks the drivers of big cars cause delays as they take many shunts to park, I have seen the queues they cause in small car parks often reach onto the road and cause hold-ups on the road. When trying to reverse into a parking space at the side of the road again they cause congestion because it takes them so long to park.

If they drove a Tuk Tuk they would not have that problem.

The Benefits would not just be to Manila Traffic Problems it would also reduce pollution.

Also, the Philippines would not have to import so much fuel, this would save the country a huge amount of money, it would also mean less tanker ships and fewer fuel tankers on the roads which in turn means less pollution.

Why not switch to motorbikes and save even more space?
There are many problems with motorbikes mainly safety-related. Motorbikes are more likely to have fatal accidents, a slight clip on a motorbike can be fatal. I am sure I do not need to go on about the dangers of riding a motorbike you are well aware of them.

You are also exposed to the elements on a motorbike, a Tuk Tuk gives you protection from the elements.

You might say “but the TVS King has no aircon” this is true but if you have been in a TVS King you will realise it is so well designed that when you are moving the wind cools you without there being to much wind coming in. The only time it does get too hot is when you are stuck in traffic, but if we all switched to vehicles the size of the TVS King you would not get stuck in traffic jams as there would not be any.

The main difference between the Tuk Tuk and a motorbike is you can take your family in a Tuk Tuk legally and it has room for your shopping.

In other countries, they do all they can to encourage people to drive smaller vehicles and punish those that drive big cars, the same needs to be done in the Philippines but even more so as the problems big cars cause is far greater on the overcrowded roads of the Philippines,  We strongly believe both the LTO and MMDA should be encouraging people to buy smaller vehicles to reduce Manila Traffic Problems. 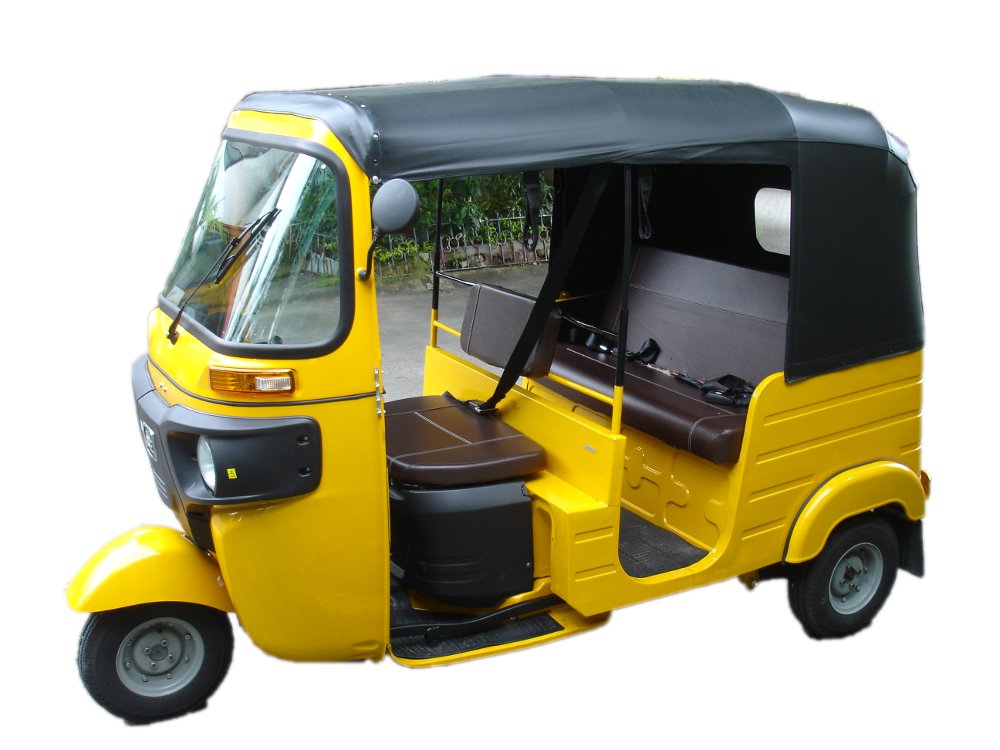 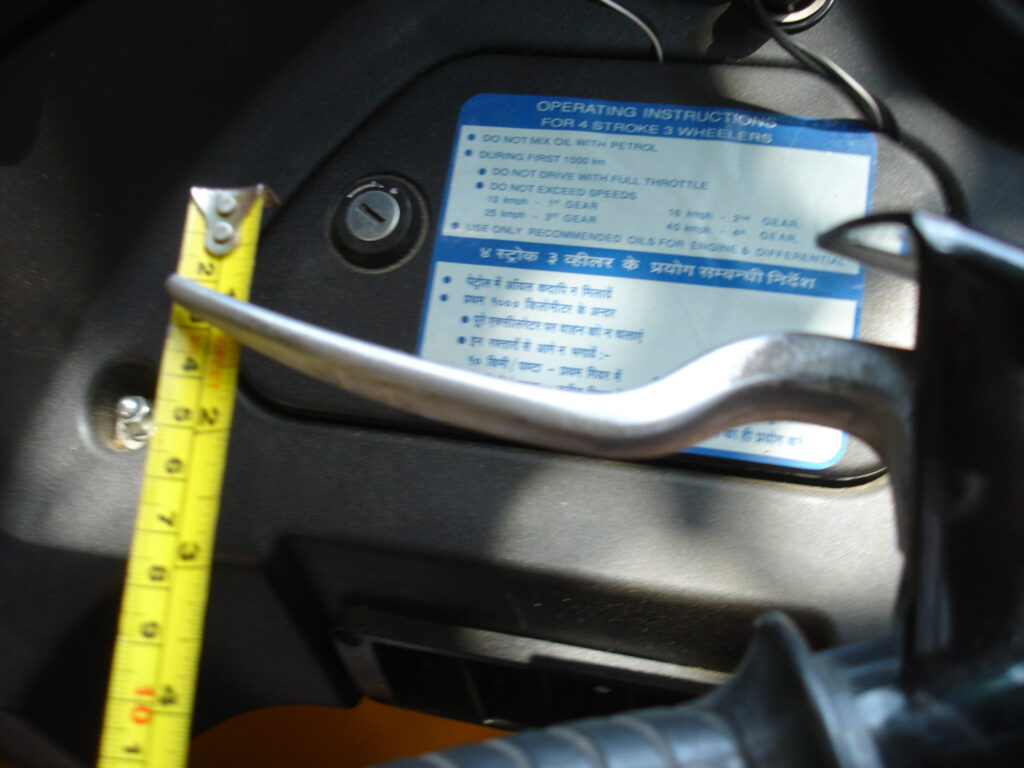 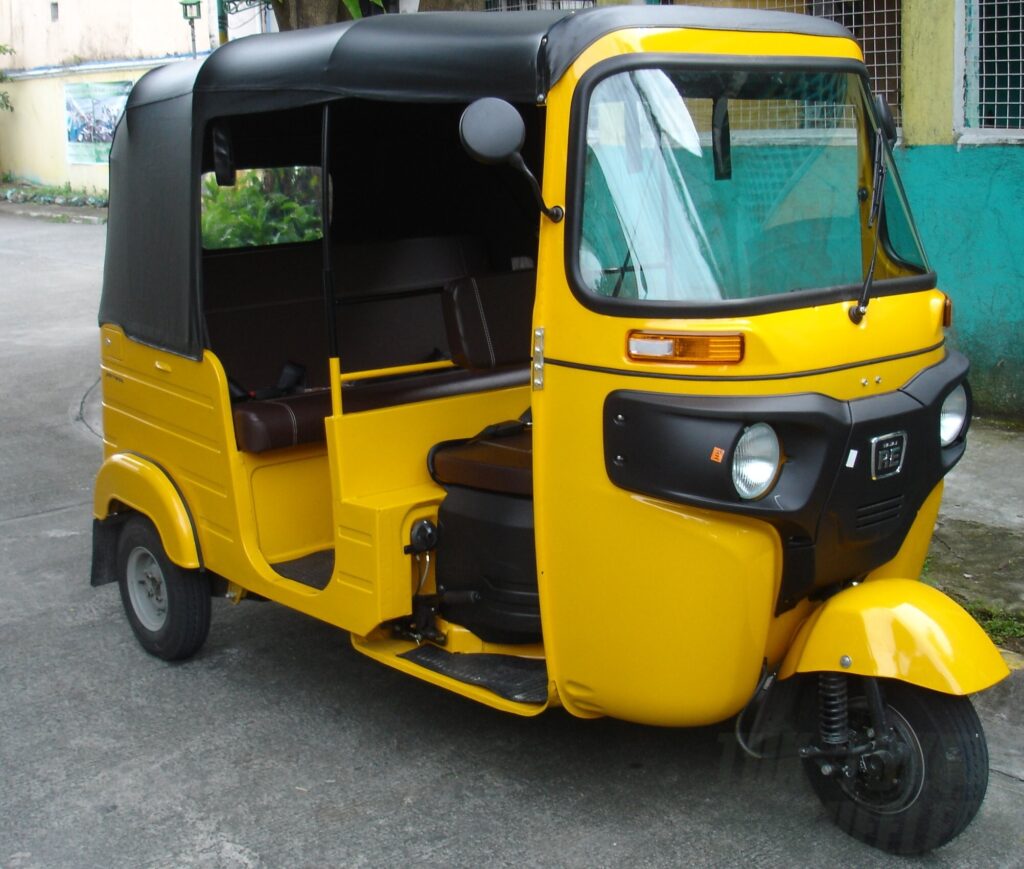