There has been a false claim being spread that one brand of Tuk Tuk overheating on long runs, we have no idea who started it or why they started it, we suspect it is down to jealousy.

What we do know is the people that started it and the people that spread the Tuk Tuk Overheating claim made it up with no research, little or no knowledge of engines and without using common sense.

How do we know They have little or no knowledge of engines and they did not use common sense?

It is very rare to see any vehicle overheated on an open road, overheating normally happens when stuck in traffic and the reason for this is simple when on an open road there is a constant flow of air across the engine which helps cool it, also when the engine is running faster oil is being pumped around the engine at a faster rate keeping it cool.

It is when in traffic that engine temperatures start to rise because there is less airflow across the engine and less oil getting pumped around it.

When an engine is working its hardest is when it has to keep pulling away from a standing start and when the speed is constantly changing, hence the reason overheating happens mainly in traffic and not on long runs on open roads.

You don’t need to be a mechanic to know the above any experienced driver knows it which is why we say the claim of overheating is uneducated. All the people that spread this false claim are doing is showing how little they know about driving.

Some have said it is because it does not have an oil cooler.

An oil cooler is more to keep the viscosity of the oil than it is about cooling the engine, the engine will be designed in a way that it relies on higher viscosity oil to keep it running correctly. The brand they make the false overheating claim about is designed very differently and it does not rely on the oil being such a high viscosity, in fact, because it has a unique way of spraying oil under the piston if it had an oil cooler the oil would become to thick to spray through the jets under the piston.

Another fact that makes this false Tuk Tuk overheating claim so stupid is the fact it would mean that most motorcycles throughout history would have a problem with overheating on long runs. Research seems to point to the fact that it was not until 1985 that Suzuki fitted what was the first oil cooler on a motorcycle. Do you really think that all air-cooled motorcycles before that overheated on a long run?

Still today there are many motorcycles around the world that have only air cooling.

If the Fan Gets Damaged it Will Overheat Claim

This is another claim that is a bit stupid because the same is true if a oil radiator get damaged in fact it would be far worse.

If something flew up and hit the fan the most likely damage it would do is break a few fins of the fan. We all know that when a fan becomes unbalanced it makes a lot of noise and vibrates so you would quickly become aware of the damage, a few fins missing is not going to stop you and would allow you to limp home at a low speed to get it repaired.

What happens if the same happens to an oil cooler? Well if it cracks the oil cooler you are going to start losing oil, there is a good chance you would not notice until it is too late, and it could do long term damage to your engine or even cause it to seize up completely, one thing for sure is you are not going to be driving anywhere without causing damage.

Honestly, the whole claim is so stupid and so little thought out which is why we have not mentioned any brand in this article. If you don’t want to look stupid don’t make claims about things you know nothing about and at the very least use a bit of common sense.

We cover repairs for most of Calabarzon so you would think if there was any truth in this claim that we would get called out to overheated Tuk Tuks a lot, but the truth is we have never had to repair one overheated Tuk Tuk.

We took this one stage futher and actually put it to the test by driving 320km in the Tuk Tuk they make the claim of overheating against.

We were so sure that the Tuk Tuk overheating claim was false we did it with no backup and went into an area where there is no mobile phone signal. So if it had overheated we would have been stuck.

We also pushed it very hard for most of the trip and much of it was on a very hilly road so we were really pushing it to the maximum.

The result was no sign of overheating it did it easily with no ill affect to performance or anything else. 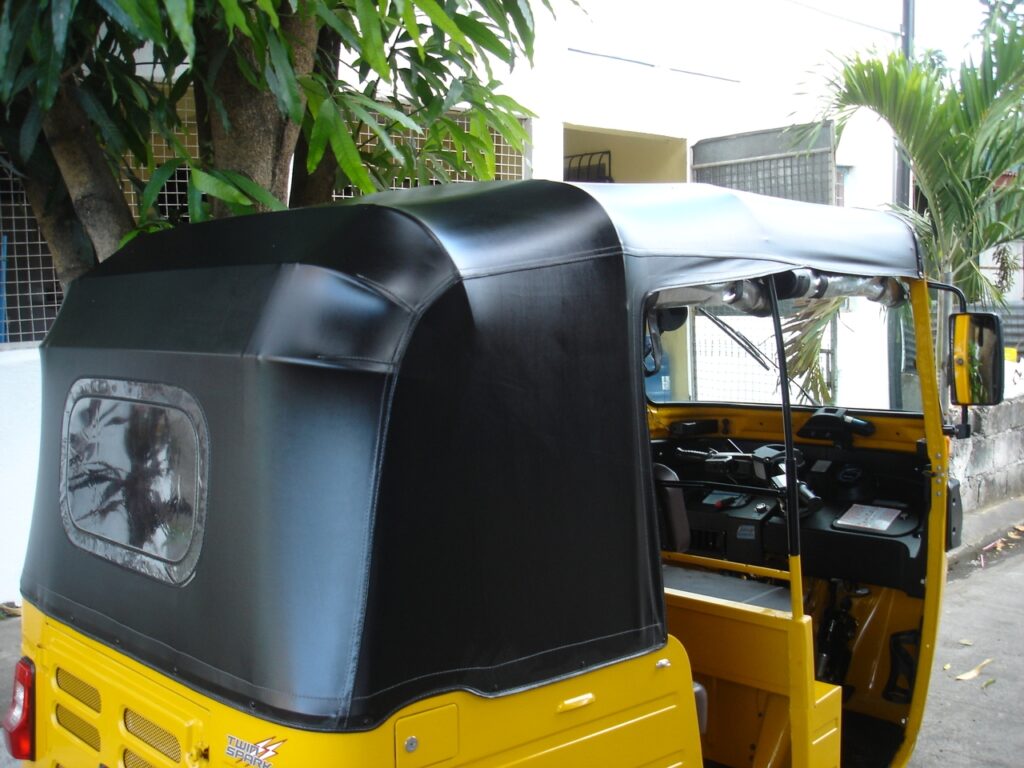