After having a problem because Enforcers Stop Tuk Tuk thinking all three-wheelers are tricycles I wrote this letter to the concerned Traffic Management Unit.

Dear Sir
When travelling in my Bajaj RE I was apprehended by your traffic enforcers.

From spending the last 2 years researching the laws on three-wheelers I believe the stop was incorrect for 3 reasons.

1) Every time a tricycle is defined in Philippines law it is defined as a Motorcycle with sidecar that renders services to the public. The Bajaj RE does not have a sidecar so is not a tricycle.

2) I am a private user and do not render services to the public. I will go into more detail of this later.

3) There were no prohibited road signs that follow DPWH Highway Safety Design Standards Manuals Part 2 – Road Signs and Pavement Markings Manual and/or follow the Vienna Convention on Road Signs and Signals which became the law of the land in 1973 when it was ratified by Presidential Decree No. 207.

When I asked why I had been stopped your enforcer replied “tricycle ban.” I then asked him if he could define what a tricycle is under Philippines law and he was unable to do so and just referred to DILG Memorandum Circular 2020-36.

DILG Memorandum Circular 2020-36 says it remains subject to the guidelines prescribed by the Department of Transportation and Communications. DOTC in their guidelines definition of tricycle refers to those who are operating for a fee.”

As I was not operating for a fee and it is clear that DILG Memorandum Circular 2020-36 only applies to tricycles for hire.

I have researched and studied the laws concerning three-wheelers in the Philippines for the last 2 years and even had a meeting with the former LTO chief Alberto Suansing who is now the DOTr Assistant Secretary in the meeting he clarified that I was correct in my research that Indian style three-wheelers are not tricycles under the law and also that Local Government Units and DILG have never been given the power to regulate private vehicles.

The handing over control of tricycles used for Public Utility Vehicles (PUV) stems from the Letter of Instruction No. 1482, s. 1985. Since then there has been no law passed to also hand regulation of private vehicles to DILG.

As it lacks a definition of what a tricycle is and the fact that in English a Tricycle is “a small vehicle like a bicycle with two wheels at the back and one at the front, used especially by young children.” (Reference Cambridge English Dictionary) it is important that the definition in law is included. We can be sure it does not mean that so it needs to have a definition.

Notice the part render transport services to the general public. So it clearly does not apply to private users.

A letter from DILG own Attorney Jesus B, Doque IV dated November 8, 2011, backs up what we are saying that the ban does not apply if you do not render services to the public. See attached.

It seems to me and other drivers of Tuk Tuks that enforcers in many areas of the country seem to think everything with Three-Wheels is a tricycle which is not correct. The first-ever car had three wheels and it was patented as a car not a tricycle and since it was invented there have been thousands of models of cars that have three wheels and none of them are classed as tricycles.

The Bajaj RE, TVS King and Piaggio Ape are not tricycles under the definition in law.

Commonly known in the rest of the world as Three-wheelers, Tuk Tuks or Auto Rickshaws are not tricycles under the definition in law.

Memorandum Circular 2007-01 definition of a tricycle is a motor vehicle composed of a motorcycle fitted with a single-wheeled side car or a motorcycle with a two-wheeled cab operated to render transport services to the general public.

Clearly, in both cases they refer to a two-wheeled vehicle (Motorcycle) with an attachment. This is also backed up and explained better by the Letter of Instruction No. 1482, s. 1985 Signed on October 14, 1985 MALACAÑANG Manila signed by President Marcos.

SEC. 3. DEFINITION OF TERMS. Whenever any of the following words or phrases is used in this Letter of Instructions, they shall be understood to mean as indicated:

Yet again it clearly refers to a motorcycle with 2 wheels with an attachment.

Tuk Tuks do not have an attachment and are purpose-built three-wheelers they are not motorcycles with an attachment. So do not come under the law on tricycles.

DILG Memorandum Circular 2020-36 was drawn up for safety reasons, it has been stated many times that it is because tricycles can not cope with the speed of traffic on a national highway. I fully agree that tricycles can not cope with the speed on a national highway, however, a Tuk Tuk is not the same as a tricycle in any way and can do 80kph safely so has no problem keeping up with the flow of traffic.

All three Tuk Tuks Bajaj RE, TVS King and Piaggio Ape are approved in the all 27 EU countries and I am sure you are aware that they have the strictest road safety standards in the world. I have included a paper so you can read more about Tuk Tuks and the laws concerning them if you wish.

I have included a British National Type Approval, Minister Approval Certificate for a Motor Vehicle for the Bajaj RE and an EC Certificate of Conformity for the EU for the Piaggio Ape which proves Tuk Tuks are regarded safe enough for the EU and the UK which both have very strict safety standards. Hardly any Philippines motorcycles and sidecars or jeepneys would meet the requirements to get these certificates.

Notice the part render transport services to the general public. So it clearly does not apply to private users.

I am sure you are aware of the Vienna Convention on Road Signs and Signals which was ratified by Presidential Decree No. 207 (1973), thus adopting and making the convention “part of the law of the land of the Philippines”

I notice there were no legal road signs to warn that three-wheeled vehicles were prohibited as specified there should be by the Vienna Convention on Road Signs and Signals when a vehicle is prohibited and they were not repeated after every intersection along the road in question.

The prohibited road signs should be of the correct size, correct height and design. They should be illuminated or reflective and repeated at every intersection along the route where the vehicle is prohibited. A tarpaulin is not a legal road sign.

This is also covered by DPWH Highway Safety Design Standards Manuals Part 2 – Road Signs and Pavement Markings Manual. You should have a copy but if you do not you can download it here https://tuktukph.top/DPWH-BOOK-2-FINAL.pdf

Obligations of the Contracting Parties

1. (a) The Contracting Parties to this Convention accept the system of road signs, signals and symbols and road markings described herein and undertake to adopt it as soon as possible. To this end, (i) Where this Convention prescribes a sign, symbol or marking for signifying a certain rule or conveying certain information to road-users, the Contracting Parties undertake, subject to the time-limits specified in paragraphs 2 and 3 of this Article, not to use any other sign, symbol or marking for signifying that rule or conveying that information;

3.Prohibitory and restrictive signs shall apply as from the place they are displayed until the point where a contrary sign is displayed, otherwise until the next intersection. If the prohibition or restriction should continue to be applied after the intersection the sign shall be repeated in accordance with provisions in domestic legislation.

I. General characteristics and symbols

1. Prohibitory and restrictive signs shall be circular; their diameter shall be not less than 0.60 m outside built-up areas and not less than 0.40 m or 0.20 m for signs prohibiting or restricting standing and parking in built-up areas. 2. Unless otherwise specified where the signs in question are described, prohibitory or restrictive signs shall have a white or yellow ground or blue ground for signs prohibiting or restricting standing and parking with a wide red border; the symbols and the inscriptions, if any, shall be black or dark blue and the oblique bars, if any, shall be red and shall slope downwards from left to right.

Prohibition and restriction of entry

They say the ban is for safety however for my family it makes us less safe. Yesterday we got a bus to Manila because of the ban, the bus driver was texting while driving and later was even talking on the phone while driving.

Both buses and Jeepneys are often unroadworthy and the drivers have never passed a real driving test.

Compare that to when they travel in my Tuk Tuk which is always well maintained and serviced regularly. The driver has passed a Car and a Heavy Goods Vehicle driving test, both taken in real road conditions the later a test was a test which lasts 1 hour 20 minutes, before this test I had 80 hours of driver training. Since that test I have been on defensive driving courses plus Safe and Fuel Efficient Driving courses held by the company, I worked for plus courses held by Volvo Trucks and Scania Trucks. I have a Certificate of Professional Competence in International Road Haulage. My driving experience is over 6 million kilometres in everything from Scooters, Cars, Vans, 44 ton trucks and even abnormal loads on a unit and trailer with 44 wheels. I have driving experience in 9 different countries.

So how is taking my family out of a vehicle driven by a driver with so much training and experience, and giving them no choice but to use Jeepneys and buses driven by drivers that have never passed a real driving test making them safer? The answer is simple it is not it is putting them in danger.

The reasons I bought a Tuk Tuk

Realising that public transport is unsafe because the drivers have never passed a real driving test and the vehicles are often unroadworthy, I decided it was safer to have my own vehicle. I decided to get a Tuk Tuk rather than a car because it is more environmentally friendly than a car, it also has a very small footprint on the road as it is so small that it would add little to the already over-congested roads in the Philippines. In Europe, they give incentives to people driving small cars and punish people that drive big cars because small cars cause less traffic jams and less pollution.

I also got it so I could see more of your beautiful country, so far we have toured all of Batangas, Laguna and parts of Rizal in the Tuk Tuk. 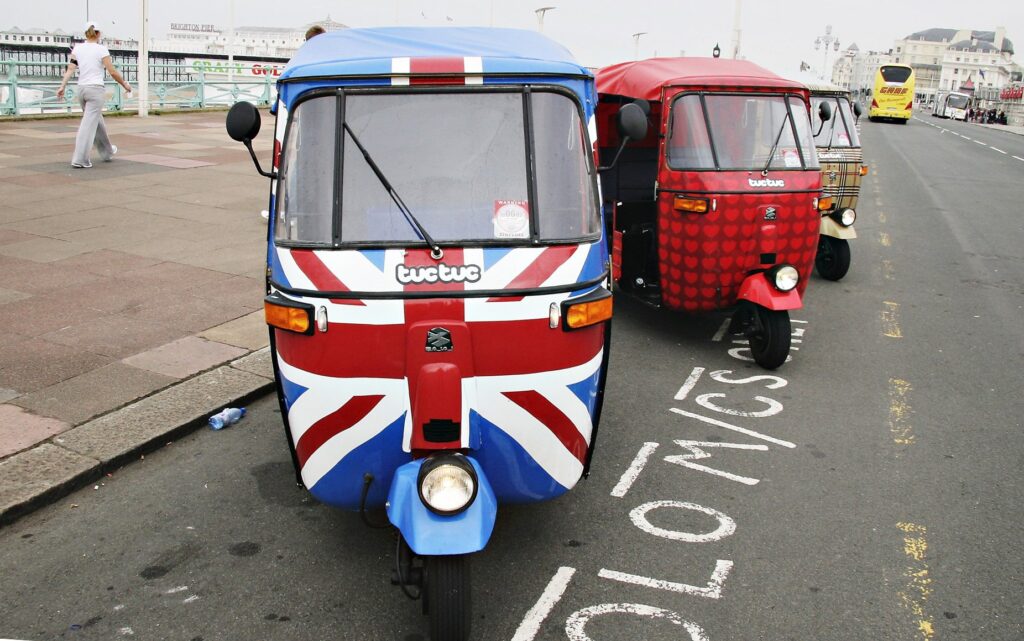 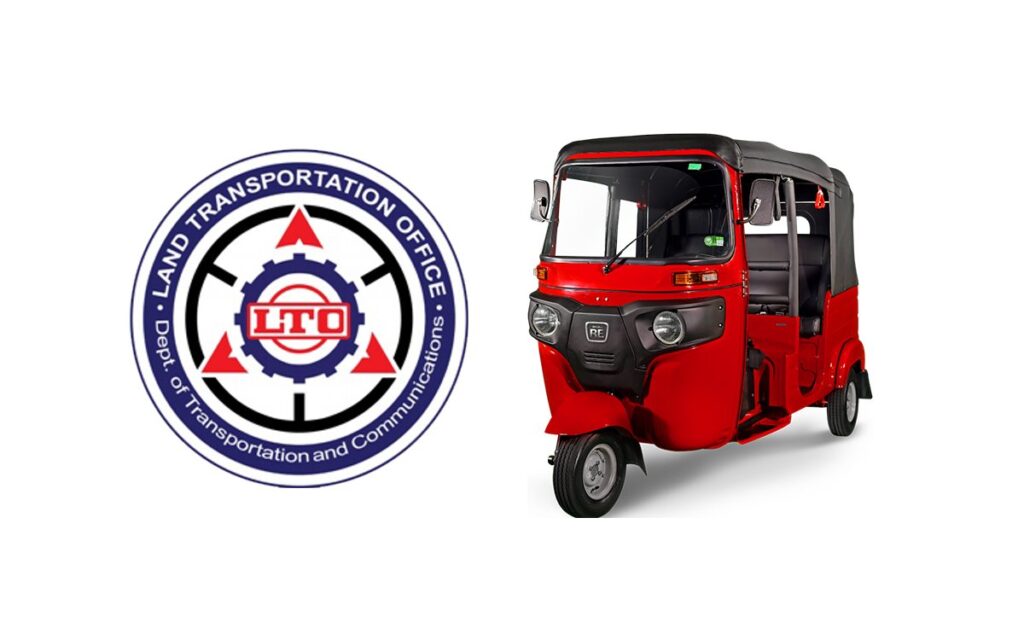 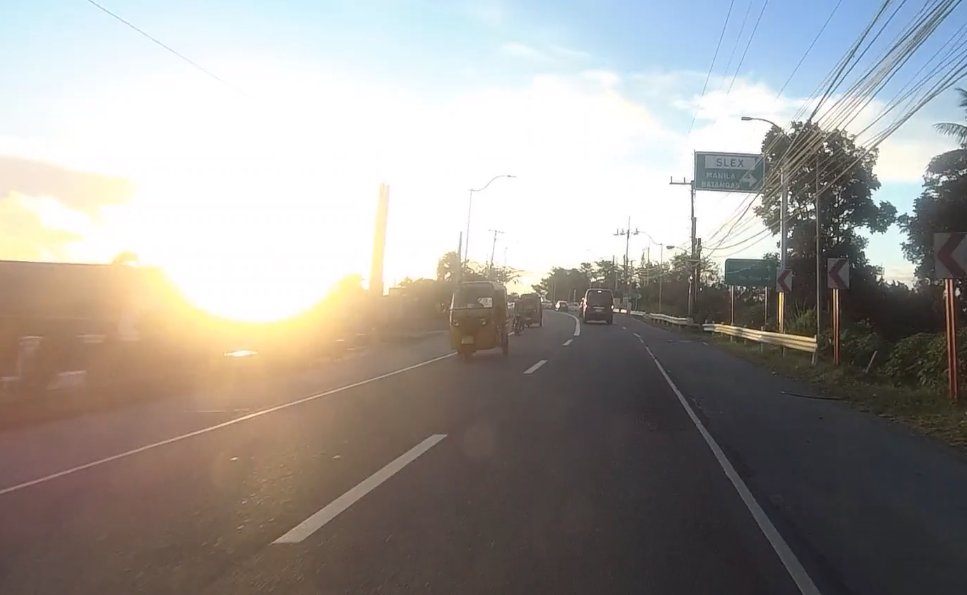